rattlesnakes and cholera will get you every time

I'll admit it. Recently I've been a bit of a see-you-next-tuesday. 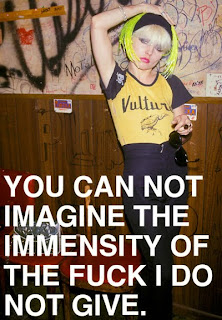 (via)
Not for any rhyme or reason. But it happens, ya know? Things are just as hunky as they are dory, and then BAM I get a chemical spike all up in my gray matter and let's just say it's best to let the calls go to voice mail. When shit goes down, internally or otherwise, I circle the wagons Oregon-Trail style until it's safe to ford the river. No Indians in, no cattle out. Lock-down mode. You played the game in fourth grade. You know how it works. All I'm saying is that my self-issued hall pass is for your benefit, Mr. Kite.....I aim to keep the bitching to a minimum. Demons come and demons go. C'est la vie. 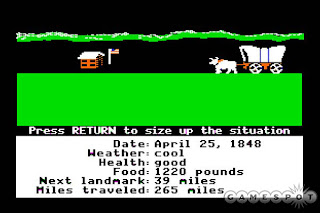 being a child in the 90's was fucking awesome.
So enough on that. The long and short of it: I'm crazy but the clouds have cleared and now we're back on the wagon, trudging west toward the promised land. And I have news, and things, and stuff, and all of it worth sharing. Chuck Palahniuk has written that all he does is listen to other people's stories and re-tell them in his books. That's what I'm aiming for tonight. Little nuggets of information that are quick and random as sex on Craigslist.

- If you like Bloody Mary's, you must do this: get a big ol' jug of cheap vodka. Buy a pound of fresh jalapenos, and cut them into manageable chunks. Put that, seeds and all, into the vodka. Let it sit for at least a few weeks (if not months), turning the bottle occasionally. Use in a regular BM (bloody mary, not bowel movement) recipe and impress all your friends with your awesomeness.

- I'm going to take a paddle-boarding class this summer, and it's going to be awesome. No really, I can do it cheap through work. There's even one offered on my birthday. Sign? Me thinks so.

- Last week at work a woman told me that a single goose generates up to a pound of shit a day. She knows this because she owns a business that keeps geese (and their shit) off of golf courses and other public areas. She ended up buying grey boots so when she stepped in shit it would be less noticeable.

- That same day a child came out of the dressing room with a hygienic liner from a bathing suit crotch plastered to her face like a big pussy-blocking mustache.

- I went to the National AIDS Memorial Grove in SF this past weekend. This was not a wise choice given the fact I was on the aforementioned rag, but whatev. Point being I came across this boulder, read the inscription, and promptly lost my emotional shit. I can't even explain why, and maybe that's the point. 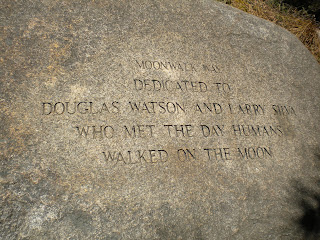 rest in peace
- Lastly, today I treated myself to some retail therapy. I'd had my eye on this shirt for quite some time, and given the peaks and valleys of the past week, I felt as though I deserved it. A small reminder of the goodness all around. So of course now I'll share it with you, with the added bonus of big bossy beaver-face to add a little excitement to your Wednesday. 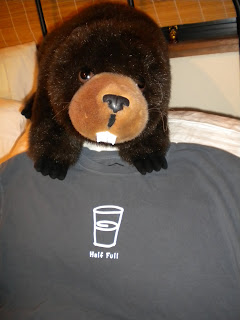 Keep on keepin' on, my little pioneers. It's a long road, but I hear it's worth it.